This past weekend I had a chance to talk to my boy, Kamel King, who is an entertainment attorney. Also known as “The Copyright King”, he was nice enough to take time out of his busy schedule to let me ask some questions. I think sometimes artists get so caught up in the creative side of music and entertainment that they don’t handle business correctly, so I hope this can be a conversation starter for some of the readers out there.

Q: What inspired you to become an entertainment attorney?

A: I was inspired to be an entertainment attorney by my dad. My father, Lee King, started in the entertainment industry right out of high school touring with Joe Tex and going on to be the right hand man for James Brown for some years. After leaving Brown, he moved to Jackson, Mississippi and started his hit TV show “Black Gold”, a southeastern aired Soul Train spinoff dance show, that lasted 21 years. While doing this he was heavy into concert promotion and radio.

Seeing the industry from the viewpoint made me want to be a part of entertainment at a young age. However, I always had an affinity for the law and how it could used as a tool or weapon for righteousness. I would always watch Perry Mason, Matlock and Law & Order. So the natural marriage of the two was to pursue the niche specialty of doing entertainment law. Being backstage of shows, watching filming of his escapades really influenced me. But he never let me get too involved until I got my education under my belt. That and being an AVID music lover, especially hip hop, and always keeping up with the trends in the business of entertainment pushed me this way. Growing up I was interested in the deals artists got almost as much as I was interested in their music.

Q: How did the name “The Copyright King” come about?

A: Actually a close friend of mine named PT came up with that name for me years ago. We were kicking it and he just came up with it out of the blue. Combining my last name with a service I was intuitively offering as an entertainment attorney. As I expounded on his idea, it matriculated into a great trademark logo and a catchy brand people would remember. The Copyright King as a business was primarily developed to help the creative community protect their intellectual property for a nominal flat rate and know the job was going to be done right. But more importantly, it starts the conversation with a new creative client to assist and protect them further in their career as it relates to the entertainment business. Too many people think you need to have a lot of money, success or oppositely have lost a lot to afford an attorney like me. The name, brand and business is there to break down those misconceptions and go right to the people.

Q: How important is it for an artist to make sure their work is properly protected?

A: Enormously important! Without copyright, trademark or patent protection (depending on which you need), it’s like leaving a fully paid off car with a tank of gas running in a bad neighborhood with the title in the glove compartment.

Q: Being that you’ve been an observer of the entertainment field for a major part of your life, in your opinion would you say it’s easier or harder to break into entertainment in the age of social media and the Internet?

A: In some respects I believe it made it easier. As an artist, if you can build an organic ground well and translate it to social media and have them both feed each other you can jump ahead of the line. That usually takes more than just the artist working at it. On the other hand, the pipeline between creator and consumer that used to be somewhat Holy and vetted is now a free for all. So the pipeline is very crowded and murky with talent making it’s hard to breakthrough all the over saturation. You really have to be lucky or special to be heard in a packed room now.

Q: You said you were an avid music lover, and especially a hip-hop fan. Who are some of your favorite artists?

A: Man, I can swing from Phil Collins, Nas, Nipsey Hussle to 2Pac, Biggie, Mobb Deep, Freddie Gibbs, E40, UGK, Cam’ron to Lukas Graham, 21 Pilots, The Williams Brothers and some Barry White, Lionel Richie, Gap Band and Frankie Beverly & Maze. It all depends on my mood and my frame of mind at the time.

Q: Nice list. It would probably never occur to some young people out there that instead of necessarily being an artist, they could still be in the entertainment field by being an attorney. What would you tell them are some of the great things about being an entertainment attorney?

A: You are certainly right. Everyone thinks the entry point in the music game has to be by being an artist. But there are many jobs and careers that are apart of the industry. And these positions are tremendously important. You have publishing companies, record labels, marketing, promotions, A&R’s, management, graphic design, engineers, producers, road managers and Entertainment Attorneys. There are many more.

The best part of being an Entertainment Attorney is that even though I have no musical or instrumental capabilities, I’m still apart and accepted by the creative community. My talent is being creative in how to artfully protect, promote, negotiate and strategize for my clients. The best part is having a foot in the creative world and one in the corporate world. I have the privilege of floating back and forth between the two worlds as needed where most people can’t do that. I can put on a suit and wingtip shoes and negotiate in a boardroom. That night I may be in jeans, a t-shirt, baseball cap and jewelry and be in the studio or club with the artists. It’s a beautiful thing!!! Most of all, this speciality of law is such a niche, if you’re up on your game and good at what you do, the clients will find you by word of mouth eventually.

Q: You mentioned being in the studio with artists. Do you think an artist’s work can suffer when their business is not properly handled?

A: It suffers every time. I’ve seen it many times. Once an artist realized their business is messed up, their being taken or have an unfair deal it affects their product directly and immediately. Mostly for the worse. Music is very emotional and it takes emotion to create it. If an artist is in a bad some and don’t believe their creativity will provide for them and they’re families properly, it makes it very difficult to create organically. Especially new artists. If they get burned on the front end, they may never return to the industry due to that early devastation. If they have a gift to give the world, we may never receive it.

Q: Wow that’s deep. Well I truly appreciate you taking time out of your busy schedule to talk with me, fam. Any parting words for our readers?

A: G. Boogie, I appreciate you and Southern Laced sharing your time and your platform. And my parting words would be, God burned a purpose and mission into all of our souls. Seek after the identity of that purpose feverishly. When you find it, make it the most important pursuit of your life. Because all that truly matters is on our own judgement day The Most High says we did a good job. Peace. 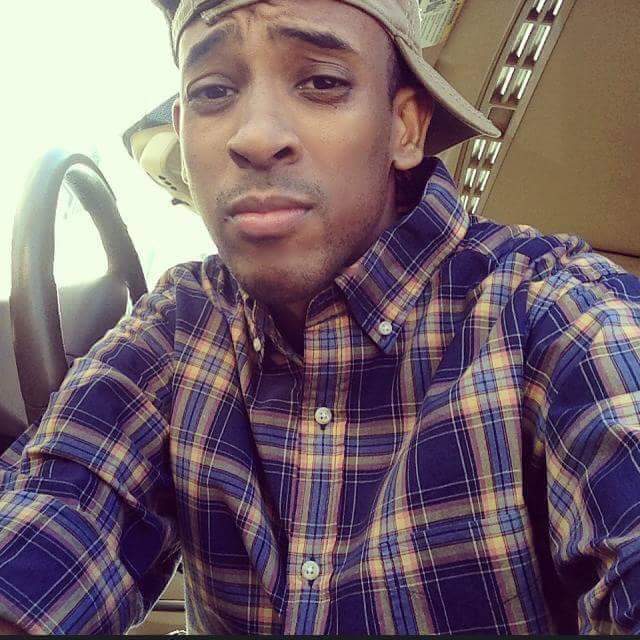