Jackson – Crossroads Film Society is proud to announce the 20th Annual Crossroads Film Festival on April 11-14, 2019 at Malco Grandview Cinema in Madison and locations across Jackson. For more information including a complete schedule of films, visit www.CrossroadsFilmFestival.com/schedule. 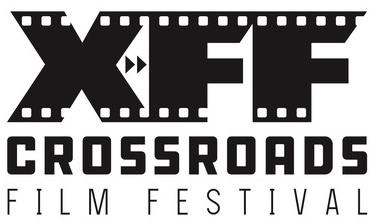 The 20th Annual Festival will feature 102 films from across the globe and the USA in 19 themed blocks of about two (2) hours each. These blocks include “Turned to the Sun and Other Visually-Striking Shorts;” “A Son Inherit & Other LGBTQ Stories from Near and Far;” “White Guys Solve Sexism and Other Comedic Tales;” “Music Saved Us and Other Music Docs;” “Helios and Other Thrilling and Sci-Fi Stories;” “Driven and More Tales of Terror;” and a Music Video Showcase. Tickets are $8 (general audiences) and $6 for Crossroads Film Society Members, students, and seniors. All-Access Passes (good for all films, workshops, and parties) are available for $45 (general audiences) and $35 (discounted). Youth blocks are $5, and Master Classes are $10.

“Crossroads Film Festival is celebrating 20 years of bringing Mississippi-made films to the big screen,” says Philip Scarborough, a founding member of Crossroads Film Society and current Society Board President. “This year we’ve taken special care to select films made in Mississippi or by Mississippi filmmakers, and films by youth, LGBTQ, female, and filmmakers of color. We’re also very excited about the five Master Classes – all presented by seasoned professionals – including screenwriting, set design, cinematography, production, and casting.”

Crossroads Film Festival attendees will also want to see “Freedom Stories by Young Filmmakers,” a collection of short stories by Mississippi youth exploring the civil rights era, and “Her Body and Other Shorts by Female Filmmakers,” a block of nine short films made by talented women filmmakers. These two blocks also include extended, moderated Q&A sessions following the films.

“Crossroads Film Festival is growing and changing all the time,” says Michelle Barret Dawson, Board Vice President. “This year we’re making decisions about the long-term goals and mission of the Society and the Festival. We have a new logo, we have a new tag line, and we have a new commercial. It’s all part of a new, streamlined Crossroads. Come be a part of the story.”