(New York, NY- September 11, 2018) J.PERIOD’s collaborative, improvisational performance series, THE LIVE MIXTAPE, is just that: a hip-hop mixtape, performed and recorded live on stage—in one take—by some of hip hop’s most celebrated MCs, and one of its most groundbreaking DJs. 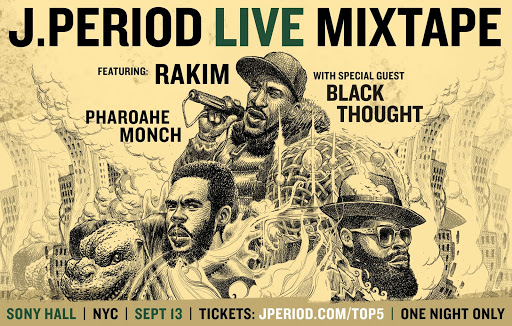