Skip to content
(Atlanta, GA, July 12, 2018) – Metro Atlanta will honor the iconic The Isley Brothers with a proclamation and Day in their name this Saturday, July 14th during their show at Mable House Barnes Amphitheatre.  Commissioner Natalie Hall has said that Fulton County Board of Commissioners will declare Saturday as The Isley Brothers Day.  Brothers Ronald and Ernie Isley will receive the proclamation for the group’s over six decades in the industry and many accomplishments of their legendary career.

The Isley Brothers’ many career highlights include receiving a Grammy Lifetime Achievement Award in 2014; four double platinum, six platinum, and four gold albums; induction into the Rock n’ Roll Hall of Fame in 1992;  BET Lifetime Achievement Award and; seven of their singles having reached number one on the Billboard R&B chart… just to name a few.  Their fans are sure to enjoy The Isley Brothers performing hits such as “Twist and Shout”, “Live It Up,” “Livin In The Life”, “Harvest For the World”, and “Take Me To The Next Phase”, as well as sweet, sexy ballads like “Groove With You”, “Footsteps In The Dark”, and “Voyage to Atlantis”.

Music lovers interested in attending the show can visit www.TicketMaster.com or call 800-653-8000 to purchase tickets. Attendees can park for free and bring their own food and drinks. VIP tables are available.

The Isley Brothers performing, in 2016, in Atlanta, GA. 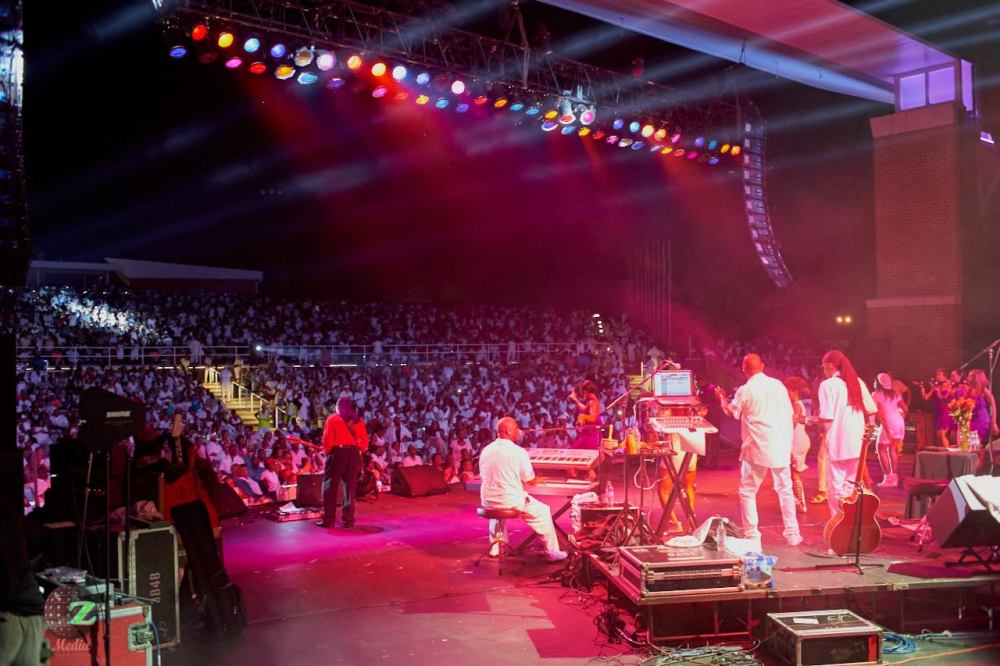 About The Isley Brothers
The Isley Brothers formed in the early 1950s in Cincinnati, Ohio and today are considered one of the most important and influential groups of the last half-century.  Though raised primarily on the sounds of gospel music, the family band went on to experiment and record under the genres of doo-wop, R&B, rock ‘n’ roll, soul, Motown, funk, quiet storm, disco, pop and hip-hop, all the while remaining true to their vision and voice. After 31 albums and six decades, The Isley Brothers are showing no signs of slowing down. As a matter of fact, they released Power of Peace with the legendary Carlos Santana last year.

About the Producer and Venue
Affectionately known as JD, Jeremy Hill, an army veteran. has, successfully, organized shows that music lovers, around the U.S, have flocked to for the past eight years.  Serving 20 years in the army has given him the organizational and forward-thinking business skills to strategically implement each event through his adaptive understanding of consumer demand, entertainment industry changes, and the economy – all towards the end-goal of ensuring that attendees have a great time… each time. “I put on these shows so that fans of good music can have a place to go down memory lane with the artists whose music may have been a soundtrack to and/or blueprint for certain areas of their lives.”  The Mable House Barnes Amphitheatre is Cobb County’s fabulous outdoor concert venue. Located in the same complex as the historic Mable House and Mable House Cultural Arts Center in the South Cobb / Mableton area of Cobb County, it features a state-of-the-art facility.