“Hollywood is a place where they’ll pay you a thousand dollars for a kiss and fifty cents for your soul.” ― Marilyn Monroe

Yes, film and movie industry is a tuff (tough) world where blockbuster movies make the rules, acting is on a green screen with no dialogues or script… seems to be a scripted new era of movie makers.

Guess Luc Annest did not want to sell his soul to the devil with a scenario most crazy worthy of an heir of Quentin Tarantino. He, then, went in search of funding to make his own film NOLA CIRCUS.

Luckily for the viewers, he crossed the road of a cinephile who turned out to be renowned international basketball player Frédéric Adjiwanou.

Seduced by the project, he decided to speak to his friends, who were also athletes from NBA, LNB, Handball to Soccer. They decided to finance and produce this incredible project. This is how NOLA CIRCUS came to life. Shot in New Orleans, the film is mixed with intriguing humor, trash and a thread leading to the craziest scenario.

Frederic CEO of One Million Dollar Film /Illicit Producers tells us about this wonderful adventure! 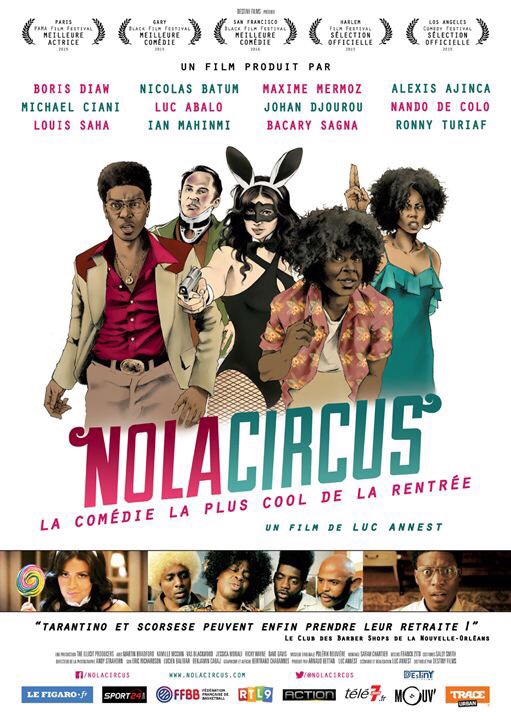 Q.: First Frederic, can you introduce yourself to our Southern Laced readers.

FA: Hello, my name is Frédéric Adjiwanou.  I was born and raised in France 36 years ago. My parents are from Togo, West Africa. I grew up in a small town called Annemasse at the French and Swiss borders near Geneva. Growing up, I had a huge passion for movies, watches, and sports. Well, I can honestly say that those three are still a part of my actual life.

I started playing basketball when I was 12. Prior to this, I was running track. I left my parents at the age of 18 to attend one the most prestigious basketball clubs in France… Limoges CSP. Two years later, I was a part of a fantastic season that saw us win everything that year (triplé).

In 2000, I went to study and play basketball in California at Foothill Junior College through Tariq Abdul Wahad ( the first French player to play in the NBA).

In 2002, I attended Saint Mary’s College of California. I graduated in 2005, I went back to France and had the rest of my career between the Pro A and Pro B (Professional French League).

I freshly retired about a year ago.

Currently, I’m spending quality time with my two children and my wife, who is from Colorado. 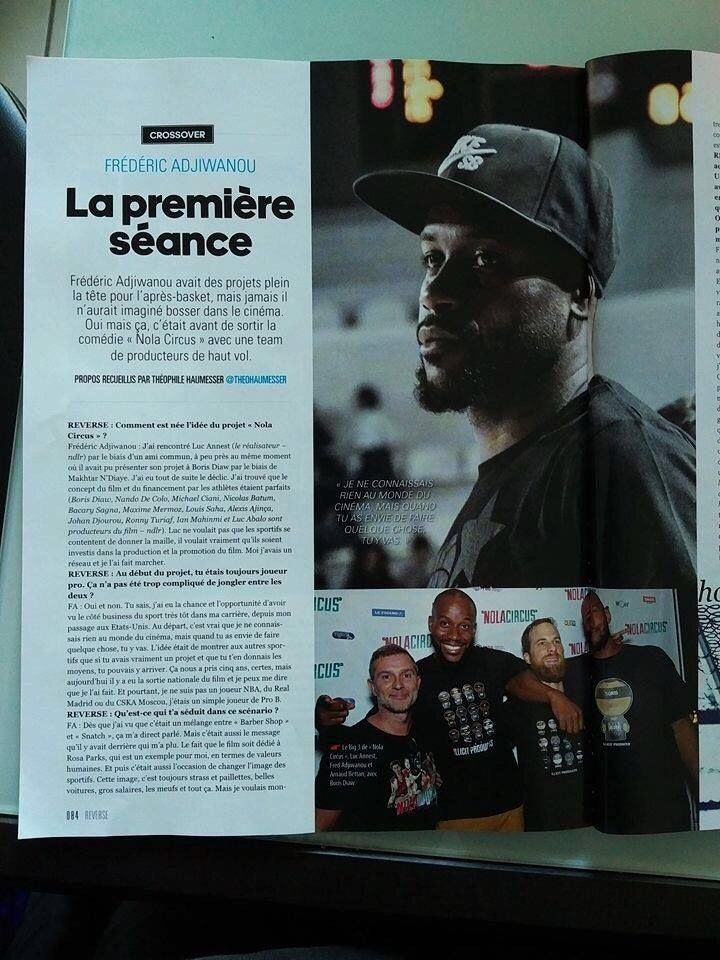 Q.: Tell us how you met the NOLA CIRCUS director Luc Annest and how he convinced you to produce his movie.

FA: Hahahaha! The famous day of 2010! Don’t remember the exact day… (I’m getting old). I met Luc through a common friend. He insisted that I have a meeting with him. He kept telling me Luc had an awesome project.

Luc and I met at his office in Paris. We started talking about it. We ended up at the restaurant across the street for two hours. He gave me all the details that I needed to jump into this adventure.

The fact is when he told me he wanted pro athletes to be involved, I was like “Oh yeah. I  know exactly how we can manage the concept to get them really involved”

We came up with the idea to add value to these athletes by giving them the opportunity to become producers. 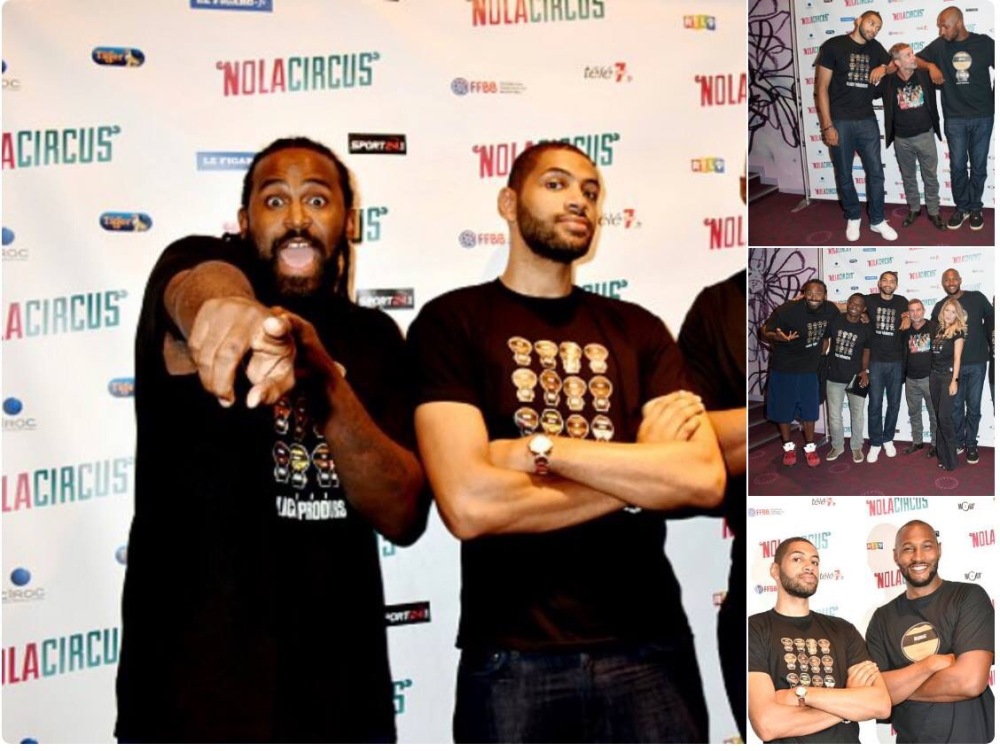 Q.: NOLA CIRCUS is the first movie “all produced” by athletes. Tell us more as some famous and well-known athletes like Boris DIAW, Luc ABALO, Ronny TURIAF, Alexis AJINCA,  (from the Pelicans NOLA!) Nicolas BATUM, etc… put the money in the “game”.

FA: Before everything else, I want to say thank you to all them for trusting us with this crazy idea to change them into producers.

It wasn’t easy to gather a poll of pro athletes especially that many around this project knowing that we didn’t want to have only one athlete to invest in NOLA CIRCUS. Coming from a team sport, I wanted to create a TEAM of athletes that would bring their passion for movie, cinema, and a Co. A TEAM who would work together around a common goal. 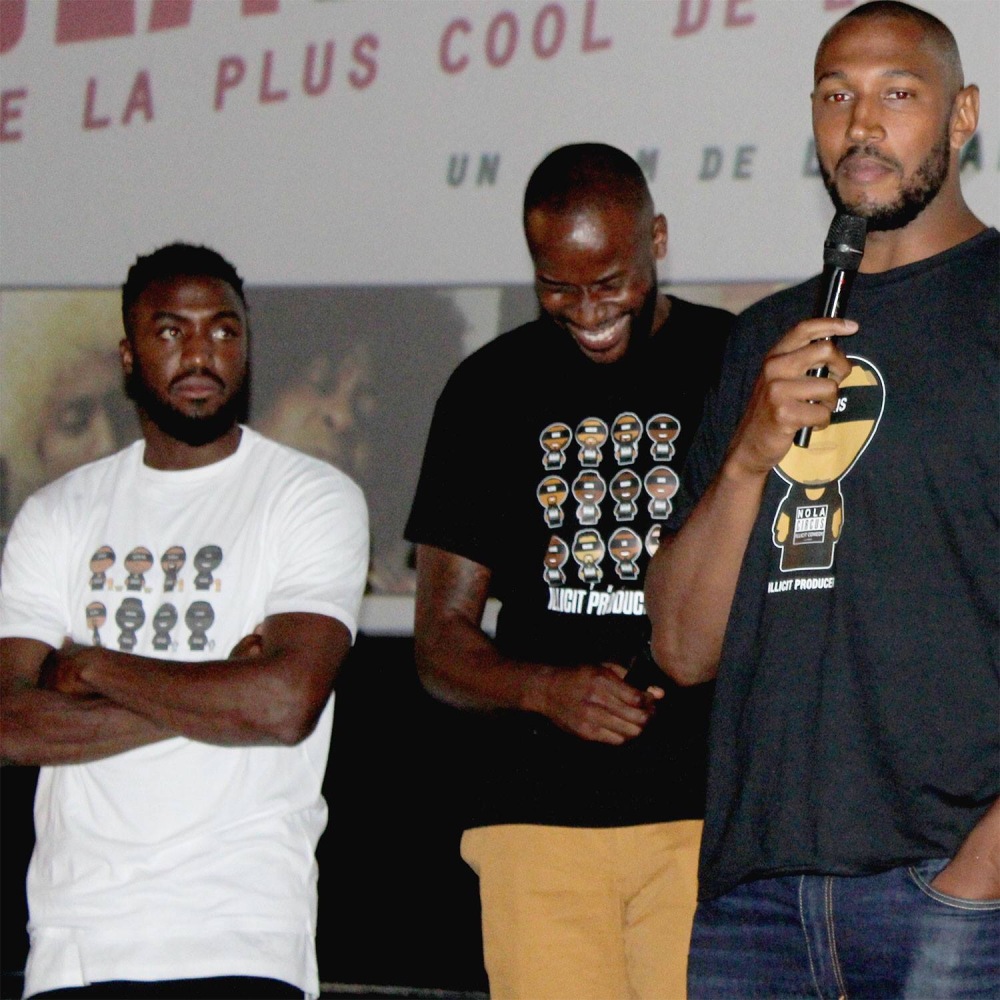 I know a few of the athletes personally. When I first talked to Johan Djourou and his management team, they were really excited and followed me right away.

My boy and brother, Ronny Turiaf, really liked the idea. He needed to meet up with Luc and Arnaud. Trust me… it wasn’t easy. Hahaha! When you know Monsieur Turiaf, you know he has to be in a mood. If not, forget it.  It ain’t gonna happen. Hahaha!

Thanks to the NBA lockout, all the French ballers were in France at that time. This made things way easier for us, even though Ian Mahinmi and Alexis Ajinca were already on board.

Word of mouth had a huge part in the process. The guys talked to their entourage about the project. After three years, we finally had the entire TEAM ready to set the ‘Action’ button. 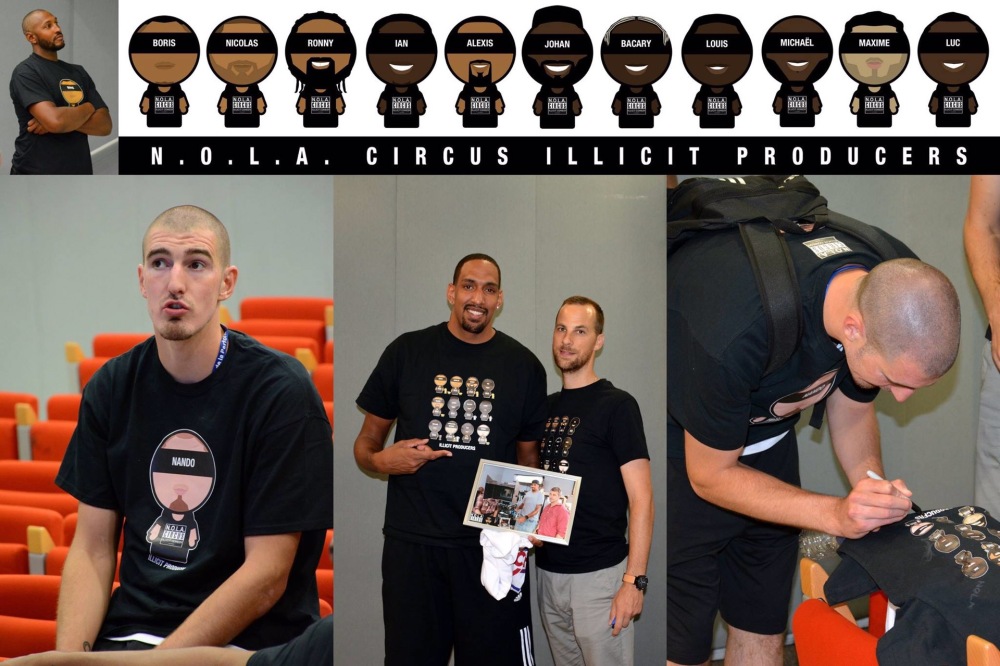 Q.: Shooting the film in Lousiana… This location was included in the scenario. Tell us more about the set atmosphere, the area, and the residents. How did they welcome you?

FA: The location of Louisiana was made by Luc.  Actually, he wanted to film the movie between France and the UK at first… but due to regulation and laws, we decided it would be greater for us in the US. He also went to New Orleans and felt the love of Louisiana. The spirit of the city was matching the script of the movie. 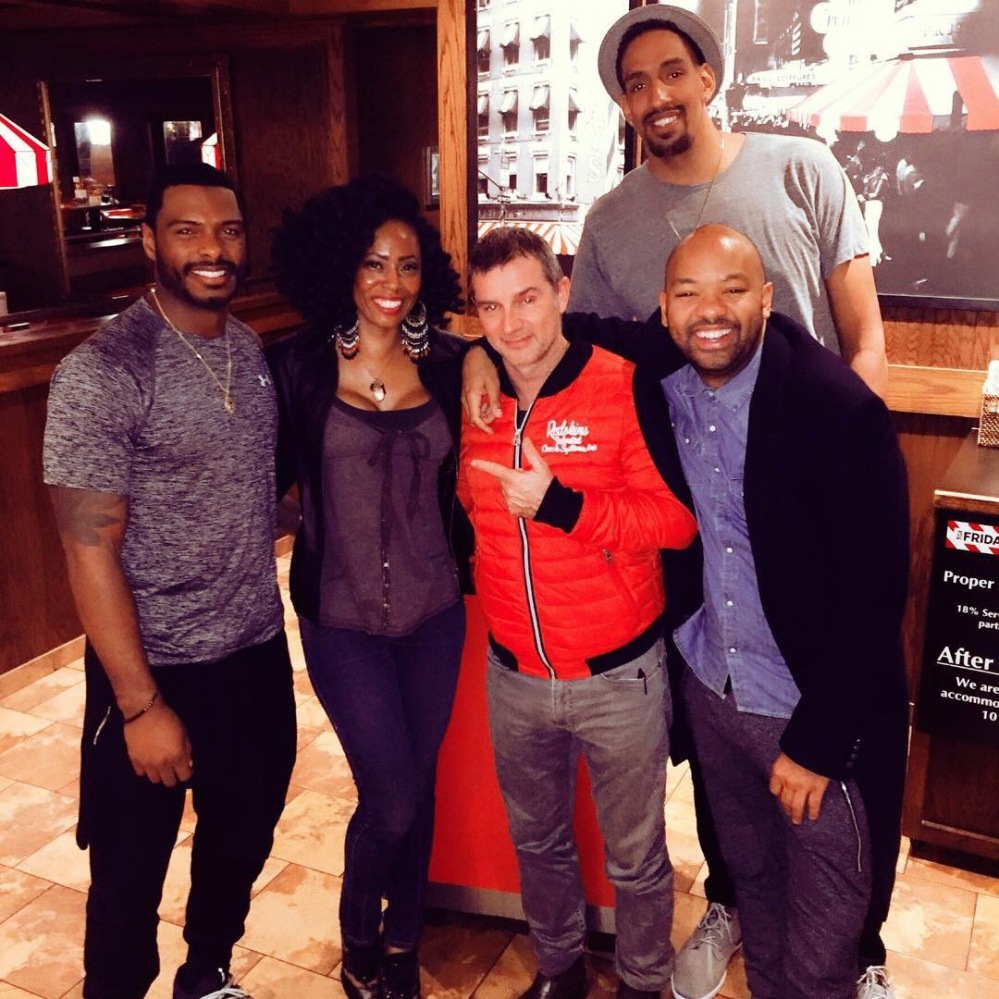 The environment and scenery were meant to be for NOLA CIRCUS.

The city, the people, the history of New Orleans (NO) is something magical. They are open-minded. It’s no surprise why most of the big blockbuster nowadays are filmed in NO. 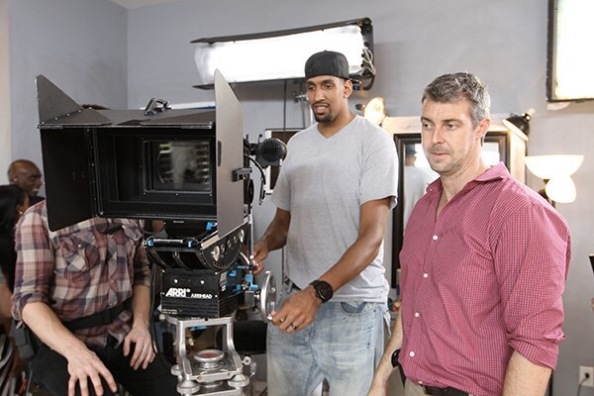 Q.: As the main producer, did you put some ideas in the movie? You were on the set with some other producers?

FA: I wish I did. Hahaha!  I’m playing… I actually helped Luc by giving my point of view on the script. But we can’t forget that the main brain behind NOLA CIRCUS is Luc. His vision was set from the beginning. He really listened to our critics.

When I was on set for the last 10 days of the shooting with Alexis Ajinca (Nando and Ian came 1 and 2 prior to my arrival.), we saw and experienced the hard work and focus Luc and Arnaud were putting in during the first two weeks.

We had a great asset on our side. The film crew was amazing. They welcomed me like we knew each other for a while. I can truly tell we were a big family… and we still are. From the makeup artist to the light engineer to catering service… everybody brought positive vibes besides the daily stress. Big congrats to them. 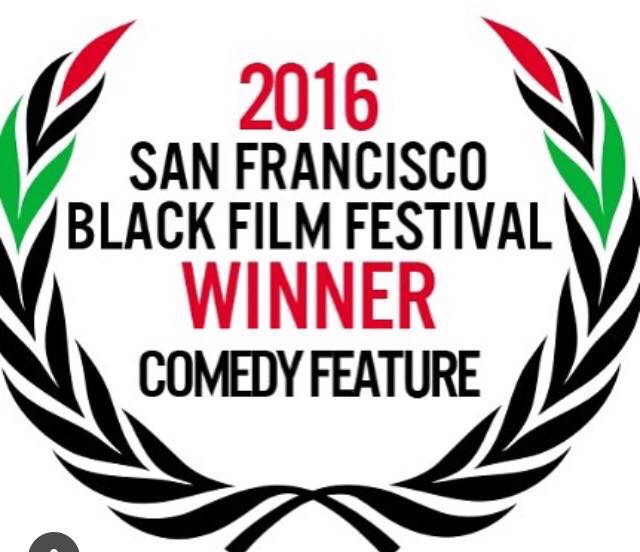 Q.: The movie première was in Cannes. From the basketball floor to the Cannes’s Glam’, tell us about this incredible experience.

FA: Cannes… what a great and amazing experience. We were there to present and sell the film. We were kids in a candy shop. Hahaha! I mean… as professional athletes, we’re used to some kind of fame, of course. But in this case, it was a dream come true.  You find yourself speaking with some actor that you used to worship as a kid and having a drink with some Oscar-winning director.

Tuxedo… Red Carpet… Glamorous… Camera Ready. We were like the Ocean’s Eleven fellas. Just some friends having a ball… Unforgettable.

Q.: You are now the CEO of One Million Dollar Film/ Illicit Producers. Guess this first experience as a movie producer hooked you up! Tell us more about the future movies to come.

It’s an honor to have been nominated as the CEO of Illicit Producer. I see myself more as a coach who brings the synergy between everyone who is involved in this project. As a former athlete, I can relate to those athletes who maybe didn’t have the time or have other priorities because of their contracts, sponsors, etc. Now, as an entrepreneur,  I can also interact with some investors, directors, casting directors, etc.

We also produce video music and TV advertising. I like to call myself the Pacifier instead of the CEO of One Million Dollar Film/ Illicit Producers. 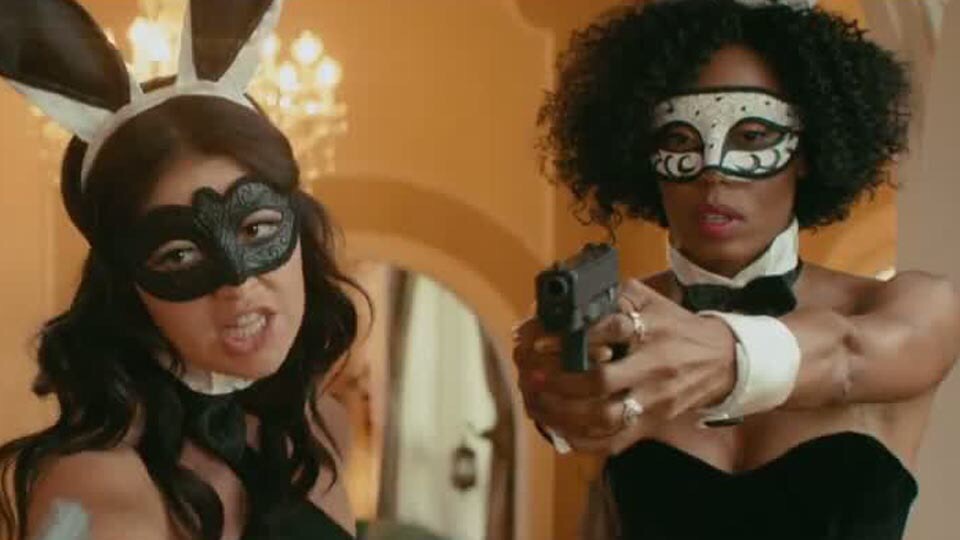 Q.: From a basketball player to a movie producer,  you are the living proof that there is a life after the athletic one.

FA: Basketball gave me so many opportunities. I traveled the world and met some amazing people… the woman of my life (my wife), who gave me two beautiful children.

Now that I am retired, my only wish is my devotion to others (as much on the emotional and physical sport’s plan). A sort of Life Coach with a futuristic vision of well-being.

In parallel, I also like to mentor children and teenagers. The youth are our future. Their education is the key and my first priority is through play activities such as site discovery, reading, sports and solidarity.

I am one of the sponsors of the Younus Academy in Bordeaux  (Town of the famous Wine.. Hahaha!), which in addition to sports activities, has an academic support.

So yes… there is a life after basketball. And I’m blessed.

NOLA CIRCUS will premiere in the US on the 25th of April. Visit http://www.nolacircus.com and http://www.illicitproducers.com for more information on viewing locations.