I was able to interview actor, writer and producer Jesselynn Stegall about her new film “PK” last Sunday, which was the night of the Oscars. With Viola Davis giving an emotional and exciting acceptance speech for her Best Supporting Actress win, and Moonlight winning the biggest award of the night for Best Picture, it’s amazing that I was able to talk to a rising talent with her own unique voice on that same night.

Jesselynn’s new film “PK” is a personal journey filled with thoughtful writing, great acting and a passionate performance by her in the lead role that hints that we may see her on that Oscar stage in the not so distant future.

Check out our conversation below! 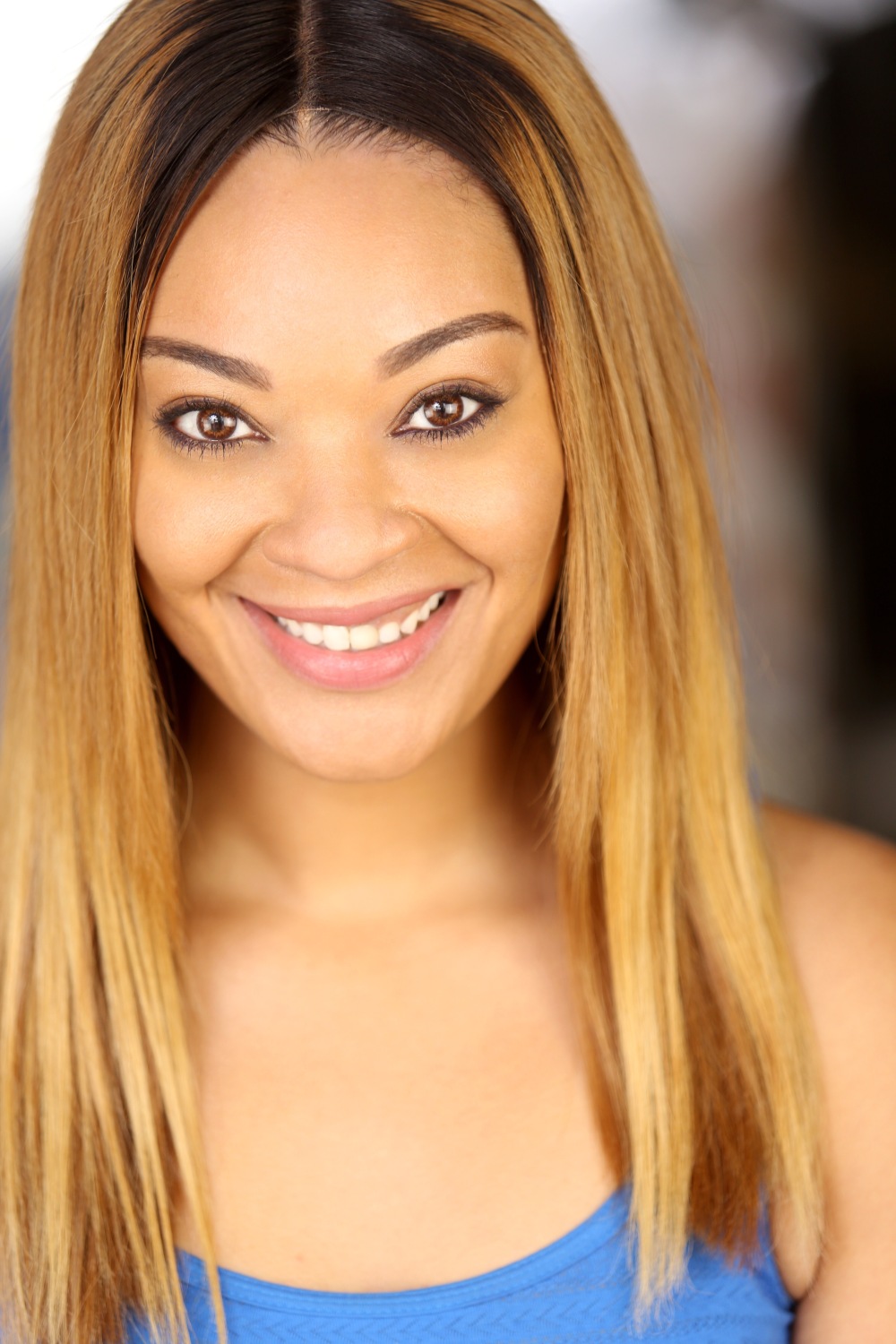 Q: First, let’s start off by telling our readers a little about you. Where are you from and what first led you to want to pursue acting?

A: Well, I was born and raised in Jackson, Mississippi. I relocated to Los Angeles, California about a year ago. I was introduced to acting at 5 years old, but I didn’t realize this was something that I wanted to do until the 5th grade when I was chosen to be a student in an educational commercial with Morgan Freeman for the Natural Science Museum. It was so much fun and it’s crazy because I have yet to see the commercial, lol…

Q: Are there any particular actors and/or actresses that have influenced you?

A: Oh yeah. Where do I begin? Well, the person that I really admire and look up to as an actress is Taraji P. Henson. My goal is for her to become my mentor and not just because of her talents, but because our stories are so similar. I have so many questions to ask her and I can’t wait until the day comes for me to have that sit down to get to really know her on a personal level. I also admire Dorothy Dandridge, Hattie McDaniel, Meryl Streep, Jamie Foxx, Viola Davis, Denzel Washington …Omg, it’s so many.

Q: Cool! You mentioned you and Taraji P. Henson have similar stories. How so?

A: Yes, we do. Well, she had a child her junior year in college and so did I. The only difference is she had a boy and I had a girl. She went through a lot of negativity bearing her child while in school. So did I. It was crazy. I had an aunt to pray against my career.

I can go on and on with how much backlash I’ve faced for going after my dreams. She (Taraji) moved to Los Angeles at the age of 26. So did I. She’s a single mother. So am I.. lol. Taraji is very influential in my life and doesn’t even know it.

Q: Wow, very interesting. You have a brand new project called “PK”. Can you tell me a little bit about it?

A: Of course (smiles). Well, PK is a story about a 21-year-old rebellious pastor’s daughter who discovers she is pregnant by her long-term juvenile boyfriend. She has fears that her parents will not support or accept her after she reveals the news due to their positions in the church. She goes through a lot of obstacles in trying to face each person she truly loves only to discover the outcome does not always follow-up to her expectations.

This story is important to me because so many people face similar situations and it also questions what true, unconditional love is.

Q: Who wrote and directed PK?

A: I wrote PK and the wonderful Kankana Chakraborty directed it. She is the best.

Q: What inspired you to write this particular story?

A: Well, this is a story about my life and I won’t lie, at first I was skeptical about letting the world in on my personal life, but I had to realize that my career is all about storytelling and the best stories come from true events. I have faced so many challenges in accepting certain things when it comes to this particular part of my life and the best way for me at the time to express how I felt was to tell this story and to release it. Many people go through similar situations and I felt people would be able to understand how it feels.

Q: Wow that’s really powerful. What was the experience like to act out scenes that were similar to things that happened to you in real life?

A: It was a very emotional journey. I say that because during the development of this project more things occurred. I had to deal with it, but the brighter side was that it helped me as an actor to tell the story I needed to tell. It’s funny because during casting, I had a breakdown and my director hit me and whispered, “Get it together.”  We laugh about that now. 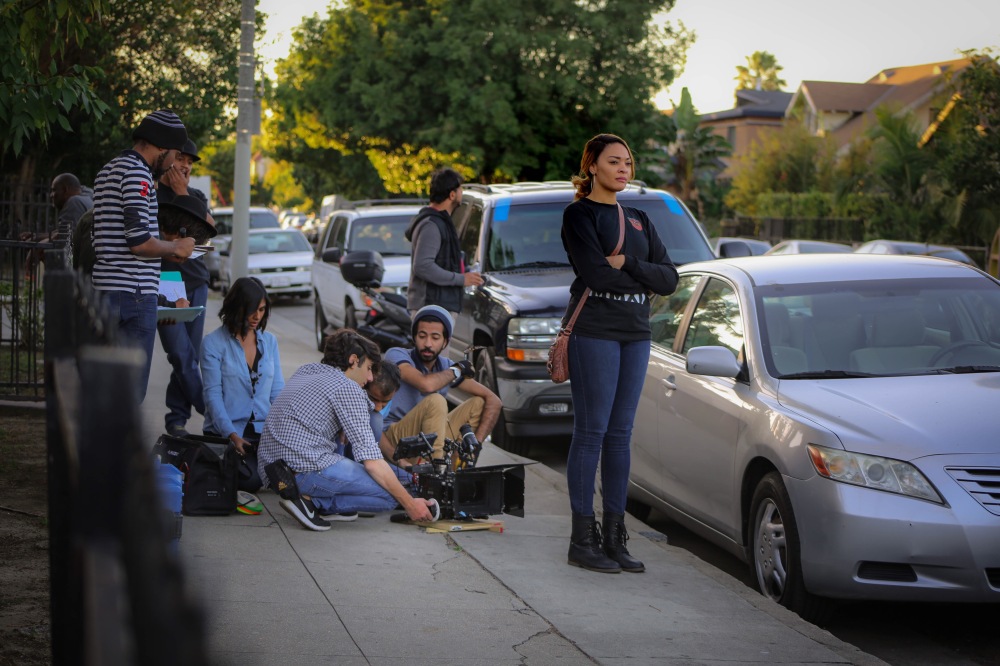 Q: So right now PK is a short film. Will people be able to see it now or will they have to wait for the longer version when it’s released?

A: The short is actually ready for viewing, but because we have started submitting it to festivals, I don’t want to hinder my chances of becoming disqualified by posting the link on social media.

Q: Most people are familiar with the stereotype of preacher’s kids being extremely rebellious and wild. Do you think there’s any truth in that? And if so why?

A: I feel all kids grow up with rebellious ways to a certain extent. I was definitely very rebellious, but I don’t believe it was because I was a “preacher’s kid“. I have my personal reasons as to why I was the way I was, but society labels it a different way because of the title and what my father represents. It’s like they feel we are trying to prove something and go against certain things… so we act out because of that when in reality we are normal people who face life challenges as anyone else and react to what we think at the time is best. Whether I’m a PK or the president’s daughter, any child who represents a family in leadership positions becomes looked at on a certain level and to me, it’s not fair, but it’s what I’ve dealt with my entire life. My response every time to that was ‘My dad is the pastor, not me.’ Lol… I was something else growing up, I must say… and I don’t see how my parents dealt with me, but I thank them for not giving up on me.

A: Well, outside of my PK project. I am currently developing a web series about a group of friends who all move to Los Angeles to pursue their different careers. In the midst of their successful journey, a tragic incident happens to one of the friends, which affects the rest of the crew. So the series will focus on how they all cope with this situation while maintaining focus on their individual lives and careers. I want my viewers to understand how true friendship and loyalty is really tested during the bad times of an individual’s life and not just through the good times.

I’m also working on obtaining the rights to adapt one of my favorite plays into a feature film. Now, this is one of my biggest projects that I feel will definitely go far. I just have to be patient on this one but I’m really excited about it.

Q: Cool! So where can people go to keep updated on PK and all your creative endeavors?

A: Follow our PK Facebook page @pk-theshortfilm for all updates and to follow our journey. My website is Jesselynnstegall.com. There, I will have information for all of my upcoming work as well. My social media is also a good way to keep up with me and my journey: