Q: Ralph Waldo Emerson once said ” Life is a journey, not a destination”… So tell us about your “journey”… from being a kid growing up in Irving, Texas to the limelight of the NFL’s fast life… and where did you get the strength to overcome some obstacles?

Akin Ayodele: Growing up in a single parent household, my mother raised four kids by herself. Being the oldest of four, you learn at a very early age that you have to fight. What I mean by fight is you have to learn that life can be harsh and it can be hard, but what matters is how bad do you want to succeed. You can either continue to stay in a status quo by remaining in your situation and kind of let the situation dictate your journey or you can take the journey, you can accept it, you can grab it by the horns and you dictate the flow of your journey. So at a very early age I already knew that being the oldest that I had to take the course and take charge of how I wanted my life and my family’s life. It wasn’t so much about me, more so about my mother, my brothers, my sister.. I needed to be the man of the house and I needed to figure out what was the best path. I needed to figure out a way to get us out the tough environment that we grew up in. So it was easy for me to sacrifice a lot of… maybe time play with friends, maybe getting up extra early in order to work hard in a gym or even something extra academically… I was ok. I did well to move on to the next hurdle. So all that has formed who I became as a man, who I became as teenager and who I became as a collegian athlete to get into the NFL.

Q:You went to the prestigious Purdue College and got your Masters Degree at George Washington University. Lately, does it mean that beside being a great NFL player, your first goal was to get a higher education with degrees?

AA: I used education as a main tool… I read in high school, when I was in 7th grade or 8th grade, that colleges would give athletes scholarship and would pay for their entire college education if they play their sports. So I literally figured out where I could have my college paid for because at an early age my mom told me that she couldn’t afford to send me to college and I had to figure out a way. So it was easy in that term where I used sport as a means to get into college. My collegiate experience included going to Purdue, but then also going further and getting a Masters. I’ve always been inquisitive. I have always been the guy that wanted to grow… wanted to found knowledge… not just in the classroom. I love to debate on theories and thoughts. So education has always been a big platform of mine. I think part of that also really helped me playing as long as I did in the NFL because I wasn’t just physically gifted, but also mentally able to absorb and adapt to what the NFL requires because most people think that football is just a brutal game… but there is a lot of intellect that goes into it. And I know athletes, especially football players, have been called ” dumb”, but you would be surprised how many if not the majority of football players are actually very, very intelligent. So education has always been a big platform of mine and I wasn’t sure if I was getting a Masters, but I knew that I had to go to University and learn as I got older.

Q: You were once nominated for the Walter Payton Award, named Blue Cross/ Blue Shield Community Champion, NFL extra effort winner… We can see that at an early age you have dedicated your time to others. Where did this “vocation” come from? And what are your actual charity causes, and the non-profit organizations you are teamed up with?

AA: I’ve always been community oriented having a community mindset at an early age. Giving back is just in my DNA. I’ve a heart for those that don’t have the same opportunity because I grew up not having it. So I always told myself at a very early age that if I ever get on a platform or have the means to give back and pull up those in all areas and communities, especially anything dealing with children and elderly, that I would do whatever I can. And so I realised that football or the many facets of football that I could take advantage of and part of that was being involved in the community. You can trace that going back to high school. I ‘ve always been a part of programs that involve kids. There is a program in high school called PALS, which I would go to elementary schools and read to kids once a week. In college, I was part of our football community, Captain’s table. I was also involved in some type of community relation and education.

And in NFL, I knew that the biggest platform that I was on could really open eyes and bring good resources to disadvantaged youth, children and elderly. And so being nominated for the Walter Payton Award or being Teams Community Champion (I believe three times in my career) it was nothing for me, it was something that I would have done even if I wasn’t gaining an award for it. So for me it just part of my DNA. 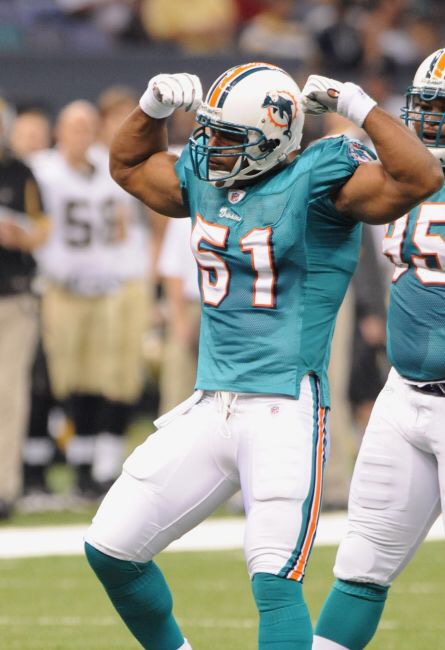 Q: You are a 10 year NFL vet.. Jacksonville, Dallas Cowboys, Miami Dolphins, Buffalo Bills.. So tell us about life after NFL (have you felt any anxiety ?), your journey’s schedule, the business, your plans for the future, your workout routine to stay in shape…

AA: As far as life after football, after NFL… I’m currently working on three things I’m focusing on. I have my businesses: from Commercial Real Estate to Restaurants tours, Financial sector.. these are a lot of businesses that I invested in when I was playing and post NFL career. The second thing I’m focusing on is my foundation, which continues to do work in the NFL. I have about twenty NFL guys, one basketball, one baseball… We have three programs we focus on, which is education, extra activities and nutrition. And the third thing I’m focusing on is speaking tours. I’m a motivational speaker. People have me come speak to schools, veterans or corporations in business. 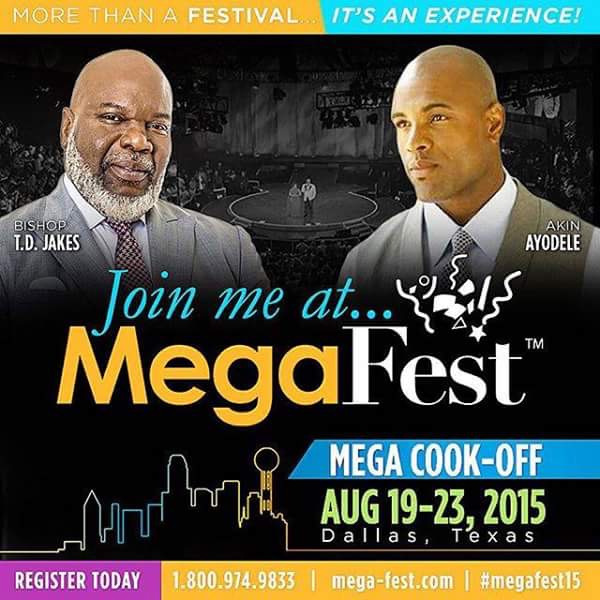 Concerning my journey’s schedule… I get up at 5am/5.30am… I’m in the gym. I get a lot done before most people get up in the morning. I like to really finish most of my day by noon. So my afternoon is pretty much when it starts to wind down. I’m blessed. Honestly, I have absolutely no complaints and anxieties. Of course, there are some uncertainties. I believe as a human being, we are our own limit. Whatever I want to reach in life depends on me. So, if I choose to be lazy and I’m not doing anything, then I’m the one who pays the consequences for it. I don’t look at it as luck, I dictate where my life goes.

I’m not married. I don’t have any kids… 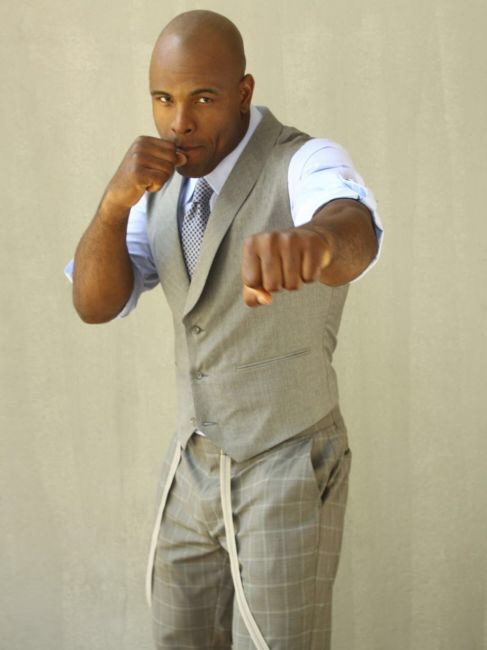 Q: You are an “explorer” you like to travel a lot. Can you tell us about the countries you have visited? And what impact meeting different people with different culture has made in your life?

AA: I loooove to travel! I love to travel the World. I love to go to countries and places that I never been to. I think that mostly it’s because that I love to meet people… I love culture… I love to eat. You know, that’s probably the reason that I work out so much (laughs). I love food, so I like train new delicacies. I love history. I love to learn about different countries and how they have evolved. I’ve been in Europe, Italy, Spain, France, Netherland, Finland… I’ve been to North Africa, West Africa, South Africa… One of my favorite trips was Cape Town in South Africa. I had an incredible trip down there. 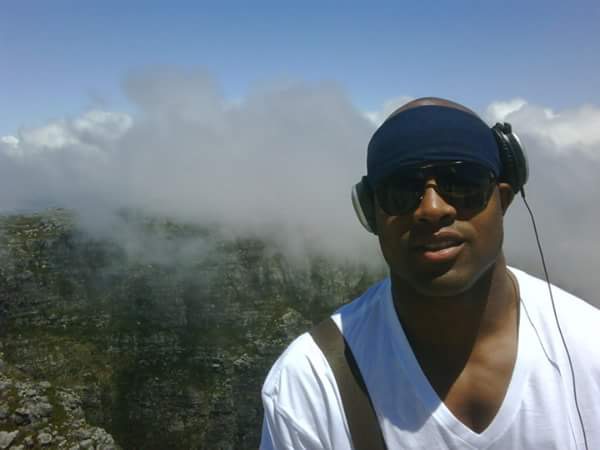 But I think for me too, it is very humbling traveling to other countries and realise, let’s be honest, most people look to the United States as the ego standard… but realise that the poor of poorest in USA has it better than 80% in the World says a lot. So why should I complain when I know that there is a lot of people out here suffering. My long-term goal is to one day have a global initiative or global foundation that does work not just here in United States, but international too. I’ve seen a lot of poverty, but I’ve also seen a lot of beauty in the world. So it gives hope for humanity and the future.

Q: What are your thoughts and regards on the NFL today… ( the business all around, the social media’s fails, the press) and what would be your advice for the 2016 drafted and future players?

AA: I think the important thing moving forward with the NFL… I think the game has evolved. I think that the number one thing that you have to look at is the scrutiny the NFL has received with the concussion settlement. I think the league has done a good job in servicing that and understand that now they are applying a new way of tackling, improving the equipment and also rule changes have helped. I think the business in NFL will always remain the same. I don’t believe that the NFL PA services the players as strongly as they should, but the players themselves don’t get enough knowledge because of how the deals are structured. You look at what is going on right now in the NBA, players are getting a lot more money, but I understand the business of the game. So it makes sense to me. If I was to give any advice for any coming rookies would be the financial piece of NFL. I think that you have to play smart. You save for the future… you plan for the future. Concerning social media, I think players have to be very careful of how to use that, but on the other hand, you can use it at your advantage. It’s another means for athletes to build a brand. You establish a bond with your fans… It’s another way to connect.

Q: Finally.. What is the meaning of your name? Akinola…

So I think it’s an important piece to who I am as a person, what my name means and what God has done for me my entire life.

A: Thank you Akin Ayodele for your time…