When people think about Paris.. they think about love.. proposal on the Eiffel Tower.. Good wine , good restaurants, champagne..fashion, “haute couture” The Louvre Museum.. Like in the movie.. So “cliché”… 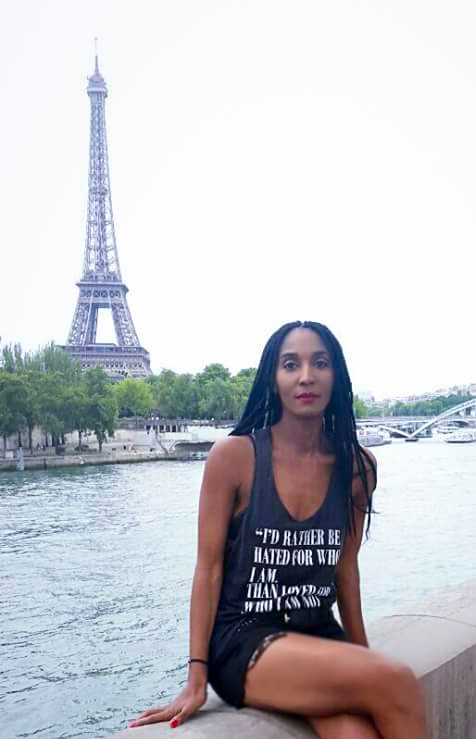 There is so much more..Miles Davis, Josephine Baker, James Baldwin, Louis Amstrong, Chet Baker would have said .. that their first feeling was freedom.. Free to be who they were.. Black, White, Musicians, Gay, dancer, activist… Paris is a melting pot of Art..Of music, of litterature, of knowledge, of people from all around the World.. That the beauty of Paris.. Her history..

I’m a Parisian. I mean a “true” Parisian… born in the 17eme district of Paris. “a bobo” aera… As a child, you don’t realise how lucky you are to live in such an amazing country like France and city like Paris. At 7, I was staring at Mona Lisa… sitting on a bench at Versailles… looking at the sky on the Eiffel Tower, Praying at The Sacré Coeur..and eating french fries at the restaurant with Mum and Dad (I looooove french fries by the way).

And in the other part of the city, like the suburb, I was able to meet people from different countries, like Africa, Maghreb (Marocco, Algeria, Tunisie), West Indies (where my parents are from). That’s the beauty of this town. You can switch from being a “bourgeois” to an “an around away” girl.. “The best of Both Worlds”.

There is so much to see and learn from this City. On my day off, I love get a “velib” (a bike you can rent for a 2€ anywhere in Paris) and run the streets.. always a new museum to visit, a new place to discover, or just sitting on a bench watching people dancing Salsa in a summertime near the River Seine. Like they said “the best things in life are free” (well almost I should say)..

The European way of life is different from the American way. Not better.. just different. That’s why maybe people are dreaming about going to Paris. We have history with the US. We fought for US independence against the British army with you guys!

Louisiana is a “gift” from our King Louis XIV. Nouvelle Orleans, (New Orleans) French Quarter, Creole Ladies… French language was the first language spoken back in the day in Nola, actually. And at last but not least,  especially with American Black people who came here running from racism, Jim Crow Law, interracial forbidden marriage…

Josephine Baker used to sing “J’ai deux amours… Mon Pays et Paris“.. “I got two lovers… My Country and Paris”. She said it all..

From Paris with Love…