This scripture reflects the ritual that many rape victims perform after the assault has occurred. Most want nothing more than to continue to scrub and scrub the ordeal off, but to no avail, the pain remains. The torture, overwhelming helplessness, and burning of physical pain are all intertwined with the guilt and shame of knowing that they have been violated. Rape can be perpetrated by anyone: mothers, fathers, stepfathers, stepbrothers, boyfriends, etc.  Rape can be an impulsive act or thoroughly and carefully planned. The woman may be unsuspecting, trusting the man and putting herself in a compromising position unbeknownst to her. Surely, let it be known, that it is not the woman’s fault and she should not live in fear.

“Why me? What did I do?” Whether it was date rape, an unknown assailant, a family member, or a friend, the victims feel that it was something that they did that caused this brutal incident to happen to them. Rape robs individuals of their innocence causing their lives to change in an instant. Many women once raped are physically removed from the incident, but the emotional scar of the incident is still painfully visible. Even if the assailant is captured, no one can give the victim their innocence, or purity, back. Trust is now an issue. Once freely open to trust and care for others, the victim now constructs a wall around their heart so that they can’t be hurt again. When that trust has been violated by a perpetrator, it takes years of counseling for that person to open the gate to their hearts again.

Rape is also emotional. During the attack, victims are either paralyzed with fear or scream out for dear life. After the traumatic event, many relive the encounter. Many will have panic attacks if they even come close to another man, whether that includes kissing, sexual intercourse, etc. The very scent of cologne can bring back the memories of an ordeal. In addition, many can suffer with depression, a physical characteristic that often follows rape. Depression works from the inside, which symbolizes their life being torn apart by this ordeal. Its effect show outwardly and leave the individual as a shell of one’s self. Through counseling, family, and their faith are they only able to recover from the incident.

In our judicial system, some survivors are denied justice. Who will avenge them? Will the justice system allow their assailant to run free or provide justifiable sentences? Will the justice system cover up the rape thinking that life will go on as normal for the victim? We have a duty as citizens to raise our voice and stand with survivors. We can no longer turn a blind eye and we must take a stand.  Justice will be served.

Visit Kendra Bell’s website HERE to keep up with her upcoming book release dealing with anxiety and depression. 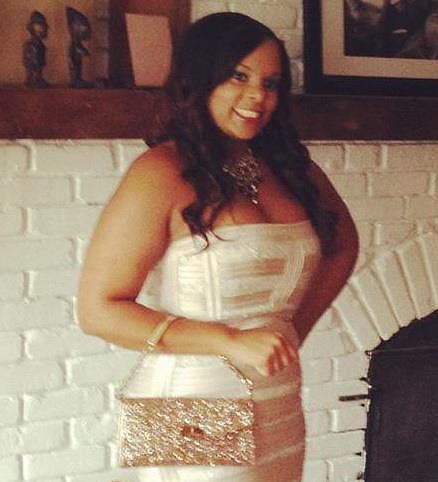 Kendra Bell is a true Southern Belle. Through her inspiring journey with anxiety, she motivates others to cherish their God-given talents and to live out their callings despite facing life’s challenges.

One of her many passions involves the eradication of human trafficking. She has volunteered with several organizations to raise awareness in the community.

Her other passions involve spending quality time with her nieces, traveling, and, of course, shopping.