“SOUTHERN Laced basically describes who I am. I have lived in Mississippi all of my life. I grew up in the country on a dirt road. As a child, I fell asleep to the beat from a local juke joint. My experiences in life, the way I talk and my demeanor are all SOUTHERN Laced.”

Need a book to read over the weekend? Fall in love southern style by reading my 3-part Southern Laced series…

Meet Jessamine. A single mom following her dreams of becoming a professional dancer until fate decides to interrupt her plans by way of Jacob Reese. There was no way this exotic, brown-skinned woman could resist this beautiful man with blond hair and blue eyes that just so happened to be a successful attorney.

Attorney Reese knows that Jessamine was destined to be his from the moment she fell into his arms. He is determined to do whatever it takes to have her in his life.

Chemistry draws these two together. Lust creates an irresistible bond filled with passion. Love determines whether they will manage to stay together despite their family histories that come to light.

Will Jacob’s choices ruin his father’s secret dream of his son becoming a successful politician? Will Jessamine’s choice make her mom resent the years she’s sacrificed to make her daughter’s dreams come true? 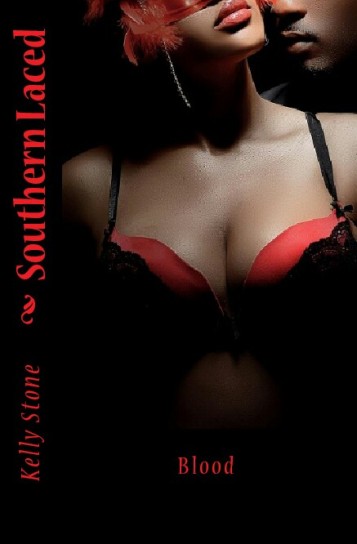 Bernard is a handsome and successful thirty-nine year old man, who is head of security for the governor of Mississippi, Jacob Reese. Bernard is considered one of Mississippi’s most eligible bachelors, but has refused to settle down. Meanwhile, Bernard has been trying to help Jacob’s wife, Jessamine, gain visitation rights to see her mother, Bessie, who has been locked in a mental institution for the past five years for the elderly abuse of her estranged father. She also confessed to vandalizing Jessamine’s apartment. The more Bernard visits the mental hospital, the more he suspects they are hiding something. Especially the shy and timid looking psychiatrist, Dr. Blossom Scott, that’s assigned to Bessie. Every time he sees her, the nerdy looking woman runs. Bernard has allowed this plain Jane and simple woman to evade him far too long. What will happen when Bernard begins chasing Blossom, but instead of catching her….she catches him?

As 25-year old Isaac faces an Anterior Cruciate Ligament (ACL) injury while playing professional soccer in Canada, he returns home to Mississippi to undergo months of intensive physical therapy. After spending countless hours working with his physical therapist, Lillian, he is unable to hide his infatuation with her. They worked well together and easily became good friends.Will he be able to convince this beautiful black woman to give him a chance despite her dislike of white men? Can she look beyond his appearance and accept him for the wonderful man he is? Will he return to professional soccer or remain in Mississippi to follow in his step-father’s political footsteps?