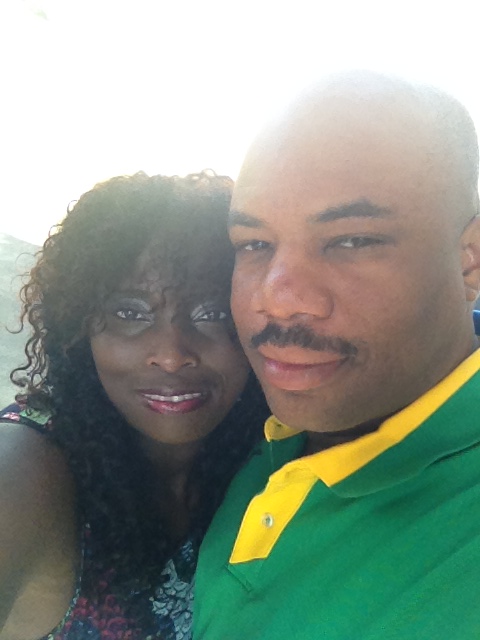 Tell us about yourself. Where are you from? Where do you live now?

I’m from Forest, Mississippi and my husband is from Jackson, Mississippi, but moved to California.

How did you meet?

We met at my cousin Toky’s house. I had just left nursing school and decided  to visit my cousin. At that time, I was done with men. I was coming down the stairs and saw this guy sitting in this car waiting on my cousin.  My cousin called me later on and said he had the guy’s number and he wanted me to call him. I was like, ‘I’m through with men.’

About 2 weeks later, my cousin asked did I call that guy and my response was no. Finally, July 4, 2005, I decided to call. I never miss fireworks for anyone. We stayed on the phone for about four hours.

School started that Monday, and he wanted to see me on my break. I never went to school dressed up, but I did that day. I pulled up to the Chinese restaurant, and he opened my door. I was like, ‘a real gentlemen.’ Then, he told me I had pretty feet. I was thinking he must be blind (lol) or he was trying real hard. But, whatever it was I was game.

Describe the moment you knew you belonged together?

I knew we belonged together the day I got very sick. He and my mom were fighting over who was going to bathe me. I was in bad shape at the point of death. He would drive almost two hours a day coming to visit me.  I wasn’t the pretty person on the outside he had met, but he didn’t let my appearance distract the love he had for me. My mom said, “You better marry that man.” I was so mean while I was sick, but he never got upset. It was always whatever she wants.

What makes your relationship work?

We keep God first and everything else second nature.  We communicate very well with each other. We never involve others into our bedroom or life. We respect each other. We continue to date each other all the time.  We talk things out before deciding on the final outcome. Marriage is work, but nothing without work is useless. I love that man and he loves me. 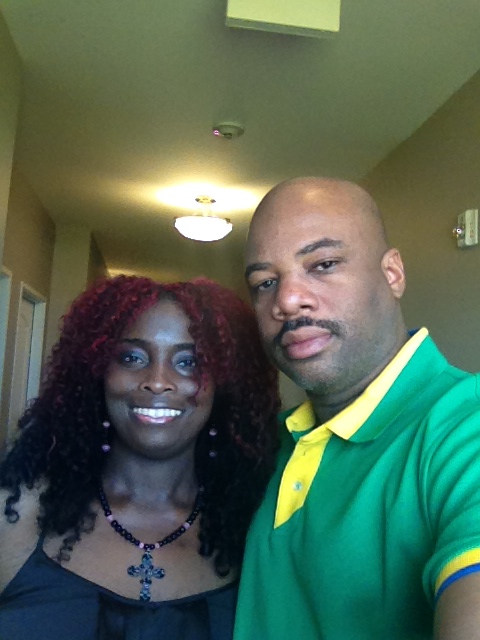 What’s your favorite thing about each other?

Jessica: I love the way he balances my high temper. I will go off sometimes without thinking first.

Jesse: I love how caring she is about everyone else.

Jessica: I love how outgoing he is.

Jesse: I love the way she loves me.

Tell us about your funniest moment together.

It was when I got on the Farris Wheel for the first time. We were both laughing at how scared I was.